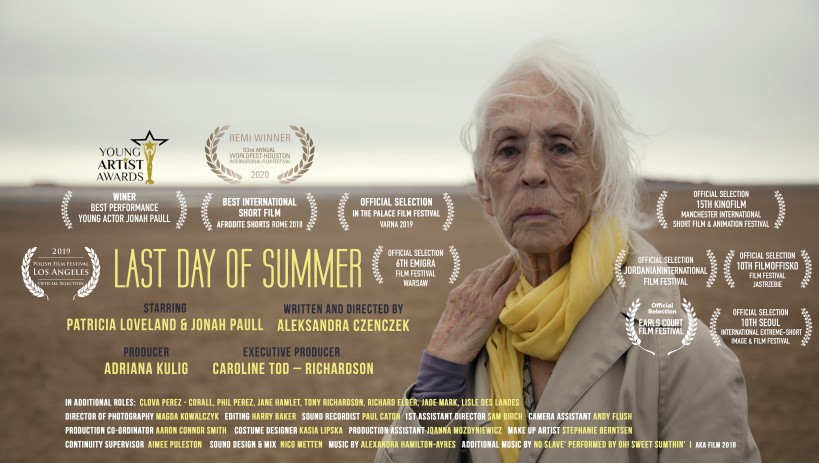 AKA FILM Production is a film production company with a positive vibe.

The company was founded by Adriana Kulig in 2011 in Warsaw, Poland and since 2013 has been based in London and now operate in both the United Kingdom and Poland.

Our experience and knowledge enable us to provide our corporate customers with any audiovisual forms they need – such as promotional, corporate and business films, advertisements, documentaries, etc.

AKA FILM also produces drama films. Our short films such as Brothers, My Friend Ivor and Last Day of Summer – were screened at many international film festivals winning distinctions and prizes. They have been also acquired by television stations.
Currently, we are looking for new original scripts and developing new projects.

Adriana Kulig, the founder of the company and her team are experienced professionals who have worked on productions of a variety of TV programs, films, documentaries and multimedia promotional materials.